Today marks the end of my first week in Europe, though it feels as though I’ve already been here for a month.

I left Toronto last Wednesday on a red-eye flight to Brussels with Jet Airways. I’ve never flown with them before, but they had an amazing deal to Europe so I figured I had nothing to lose. I had a transfer from Brussels to Barcelona, but most of the people on the plane were continuing on to Delhi. It was possibly the biggest plane I’ve ever been on, with each row seating nine people. I was lucky enough to be in the middle section with three empty seats beside me so I stretched out and tried (unsuccessfully) to sleep. I would definitely recommend Jet Airways to other travelers; the plane was clean, the staff was friendly and helpful and they served Indian food for dinner which was easily the most enjoyable in-flight meal I’ve ever had.

At Brussels I had the pleasure of a six-hour layover, most of which was spent binge-watching TV shows on a reclining seat. I refueled on a green smoothie and tons of water to try to replenish nutrients, but by my fifteenth hour of consecutive travel I felt like a used-up sponge. When a change of clothes and a fresh face of make-up didn’t rejuvenate me I resigned myself to day-dreaming of a hot shower.

After an initial delay the flight to Barcelona (with Air Brussels) boarded quickly and arrived to our destination in under two hours. After grabbing my luggage and winding my way through the carbon-copy airport I finally met my new host family. In exchange for teaching their son English I will be given room and board. After a quick drive we reached the town of Sant Pol de Mar, where I will be residing for the next few months. They were excited to unveil the new room they had been working on and it did not disappoint. The room was finished a few hours prior to my arrival and it was amazing. They converted half of their garage into a mini-apartment, so I have the luxury of my own room and bathroom on a separate level. I like having my own space and this more than suffices. They decorated it with red and white accents and even hooked me up with a new TV and sound system. In terms of accommodation, this place is above and beyond my previous arrangement with Workaway.

Since there is never a dull moment, on Friday, after having spent barely 12 hours in Spain, the entire family piled into two cars and we all drove to Font Romeau in France for an Easter weekend ski trip. This was the main source of my trepidation in preparing for this placement because I may have exaggerated my skill level when the family asked me if I a) knew how to ski and b) enjoyed it. I said yes to both and simply resolved to figure it out later. Prior to last weekend, I have been skiing once in my life; at age 10 on a grade 5 field trip, and I ended up tangled in an orange safety fence. We arrived at the resort at the top of the Pyrenees mountain range within three hours, rented our equipment, and on Saturday we hit the slopes. Literally.

The night before, I wiki’d “How to Ski.” On our first hill they glided down with the ease of professional skiers whereas I rolled down with panache, or as one of my hosts said, “You fall with flair.” After a few hours I improved and was on the same level as the four-year-old. Ahh, humility. All in all, the weekend was an absolute blast; the scenery was breath-taking and it was a great bonding experience for all of us. They had rented a small chalet about five minutes from the centre of Font Romeau and it was gorgeous! I was constantly looking at the mountains while trying to make it down the hill without breaking anything.

A word on the language barriers. Within the first three days of landing I was speaking a confusing menagerie of Catalan, Spanish, French and English with a bit of miming for good measure. Catalan is a local dialect and has a lot of similarities to French, so luckily I can understand and read most of it. Spanish still escapes me.

We finished off Easter weekend in France and by Tuesday we were back in Spain and I had created some semblance of a routine. The host-mom gave me a tour of Sant Pol, brought me to her son’s school and took me on a bike ride to the neighbouring town of Calella. On Wednesday I was able to be more independent and had the morning to myself (which I spent running and laying on the beach) and picking up their son from school. Childcare is hard. I don’t know how all the stay-at-home-moms do it, but kudos to those who are able to handle 24/7 child-rearing. 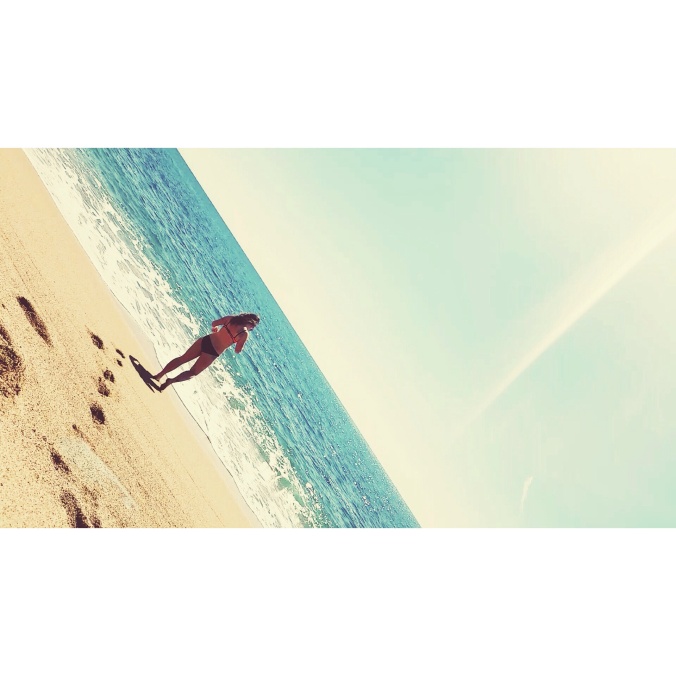 It’s only been a week but I am already sure this trip will be a positive experience. I am always astounded by how easily people open their homes to others and how completely they absorb workers into their lives. I’m blown away by the hospitality and gregarious nature of my hosts. This placement offers new challenges and learning experiences and I welcome both with open arms and an open mind.

What Are You Looking For?

Vagabonding Around the Globe