I love you more than my own skin and even though you don’t love me the same way, you love me anyways, don’t you? And if you don’t, I’ll always have the hope that you do, and I’m satisfied with that. Love me a little. I adore you.

Yes, she says she hates you, and she is sincere.
But in reality she loves you insanely.

The Possessed: A Play // Albert Camus

Open yourself. Let the human person come forth.
Breathe in the air and the silence.

When life becomes too complicated and we feel overwhelmed, it’s often useful just to stand back and remind ourselves of our overall purpose, our overall goal.

When faced with a feeling of stagnation and confusion, it may be helpful to take an hour, an afternoon, or even several days to simply reflect on what it is that will truly bring us happiness, and then reset our priorities on the basis of that.

This can put our life back in proper context, allow a fresh perspective, and enable us to see which direction to take.

The Art of Happiness: A Handbook for Living // Dalai Lama XIV

The more I know of the world,
the more I am convinced that I shall never see a man
whom I can really love.
I require so much!

I don’t run away from a challenge because I am afraid.
Instead, I run toward it.
Because the only way to escape fear is to trample it beneath your feet.

If there is one traveler’s sin I’ve committed while being in Spain (though in reality there have been many) it is the foolish mistake of becoming too rooted in one place. While residing in Sant Pol I have barely ventured north up the coast of Spain even though the train system makes it easy and painless. Thankfully one of my friends is going as stir-crazy as I am, so yesterday we went to a nearby village to rent a moped for a jet up towards Costa Brava.

After taking the train from Sant Pol to Pineda, we paid a 30E deposit and another 45E for nine hours of moped freedom. While our front signal light was held together by tape and the back tire was of questionable quality, this 125CC bike may as well have been a white chariot to freedom.

We left Pineda and immediately went north through the other coastal tourist towns until stopping in Lloret de Mar for a walk along the beach. The further north we went up the coast the more coves we passed and the beaches became more secluded and beautiful. After a half hour trip on the moped (with me hanging on for dear life) we reached Tossa del Mar, situated evenly on the coast about 100KM from both Barcelona and the French border. We wandered through the quaint cobblestone streets and up through the old castle where we were able to take in amazing views of the city. 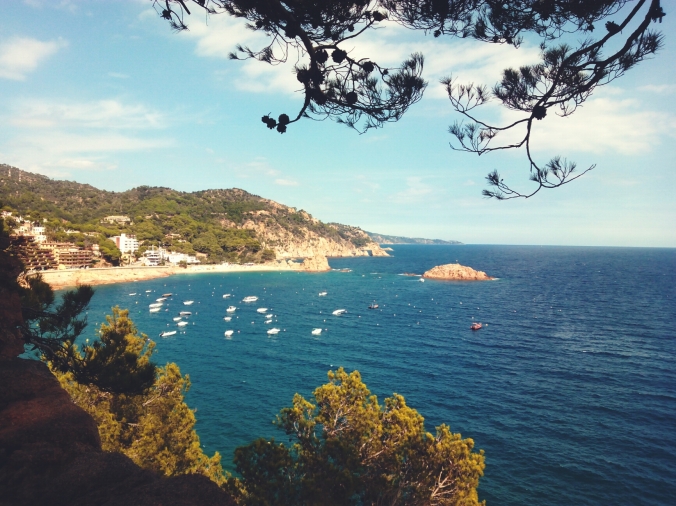 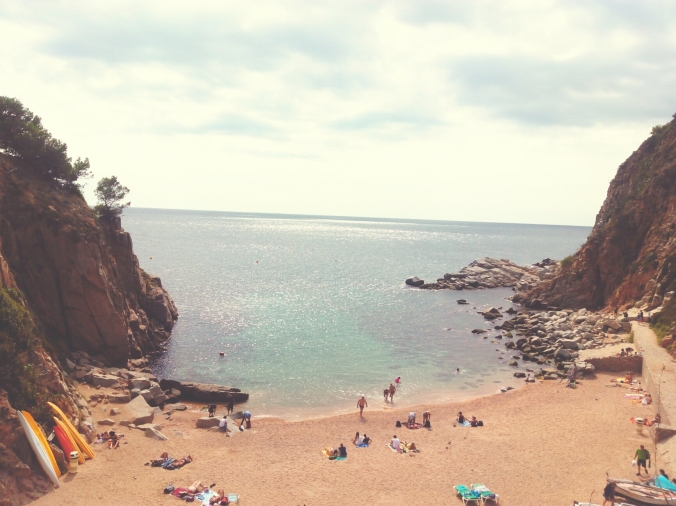 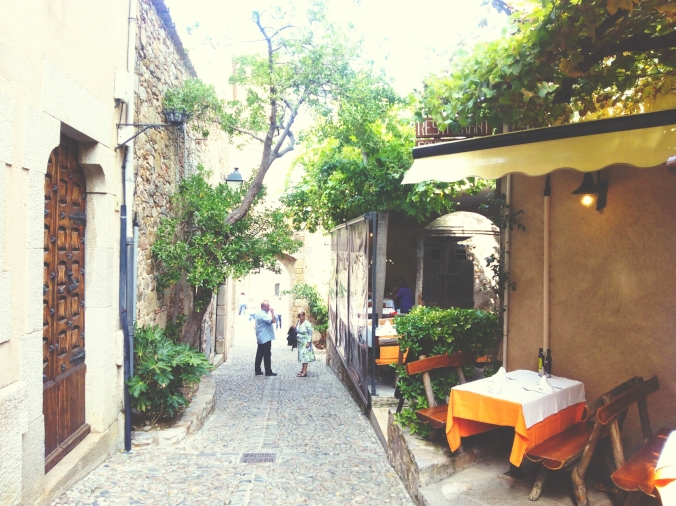 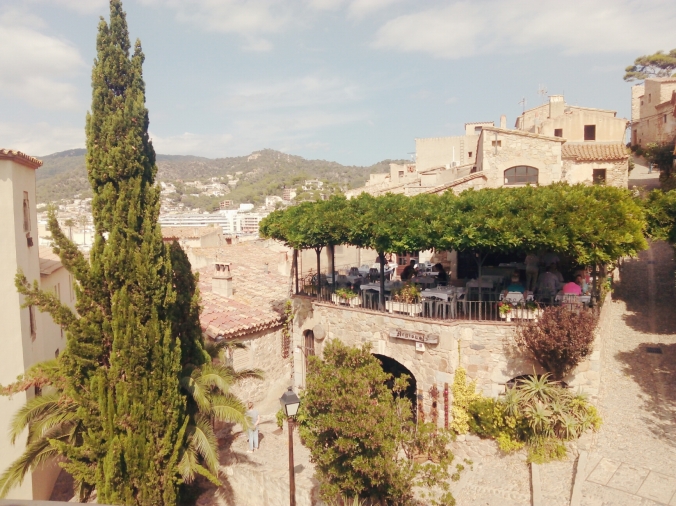 After stopping for a late lunch near the beach, we left Tossa and continued north and went up into the mountains before heading back to our stomping grounds. Getting away from Sant Pol for the day and seeing new sights was exactly what we needed; it’s too easy to get wrapped up in the day-to-day drivel and let it stress you out. I was happy for the excursion, but equally happy to arrive to my house without being maimed on the back of the bike. I have a little more than two months left in this beautiful country and I am determined to make it count.

You must be ready to burn yourself in your own flame;
How could you rise anew if you have not first become ashes?”

To live is the rarest thing in the world. Most people exist, that is all.”

What Are You Looking For?

Vagabonding Around the Globe

Inhala, exhala 🍃
My dog is counting the days until the lockdown is over 🐶
la fille en paris 🌸
🧜🏼‍♀️
Spring in France 🌾

What do you mean this was a year ago? 😭 #kohsamui
The wind's on our side boys, that's all we need ⛵
I guess the kids are calling this a photo dump 📸
In 2017 my ignorant ass got a "Stay Poor" tattoo, not knowing that I'd be unemployed for the majority of 2020 🙃 #manifestation
Valletta makes for a great stomping ground 🇲🇹
Feeling pretty grounded lately 🛩
Ho paura di uscire 🤷🏼‍♀️
exploring ☀️
I could've dropped my 🥐 #petitdejeuner
In 2005 my AIM messenger screenname was canadianchick1466. I've mellowed out since then 🇨🇦 #canadaday
“I see no color” is not the goal. “I see your color and I honor you. I value your input. I will be educated about your lived experiences. I will work against the racism that harms you. You are beautiful. Tell me how to do better.” ... That’s the goal.
On ne voit bien qu'avec le cœur 🌬
One year left to do stupid shit and blame it on my 20's 🤷🏼‍♀️
lol it was supposed to be a chill vacation
city < sandy #vietnam
Loading Comments...
Comment
×